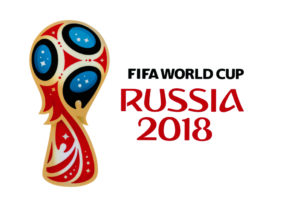 Some pre-tournament favorites have struggled during the first week of the 2018 World Cup and their performance has been reflected in the betting odds. Let’s take a look at how the odds have shifted…

Bet on the World Cup at bet365

The bet365 World Cup favorites on May 30 were Brazil at 4/1 followed by Germany 9/2, Spain 6/1, France 13/2, Argentina 9/1, Belgium 11/1 and England at 16/1. The longshots were Panama and Saudi Arabia at 1000/1, South Korea and Tunisia at 750/1 with Iran, Costa Rica and Morocco at 500/1.Some of the longshots are now no-shots as Costa Rica, Morocco and Saudi Arabia have no chance of getting out of the group stage along with Egypt and Peru. Teams assured of advancing are host nation Russia (slight surprise) along with France, Uruguay (22/1) and Croatia. The latest bet365 odds as of June 22 listed the following nations as favorites to win the tournament outright: Brazil was still top of the list and unchanged at 4/1 with Spain now 9/2, France 7/1, Germany and Belgium 8/1 and England 11/1. The biggest mover was Croatia at 14/1 compared to 33/1 just two weeks ago. This is due to their 2-0 win over Nigeria and their 3-0 demolition job on Argentina. On the other hand, Argentina has dropped to 22/1 after starting out 16/1 as they were also held to a 1-1 draw by Iceland. As for other big payouts or betting upsets, fans saw Brazil held to a 1-1 draw by Switzerland, while Japan downed Colombia 2-1 and Mexico upended reigning World Champions Germany 1-0. In addition, Russia was the lowest-ranked team entering the World Cup at number 70 globally yet destroyed Saudi Arabia 5-0 and Egypt 3-1. However, their odds haven’t changed over the past two weeks as Russia’s still 40/1 to win it all. If you backed Argentina’s Lionel Messi to win the Golden Boot, he led the favorites at bet365 on May 30 and was followed by Neymar (Brazil) at 10/1, Antoine Griezmann (France) 12/1 and Portuguese skipper Cristiano Ronaldo at 14/1. However, Messi’s now 50/1 after failing to score in his first two games and having a penalty kick saved. The favorites on June 22 were Ronaldo (4 goals) at 7/4, Diego Costa of Spain (3 goals) at 5/1, England’s Harry Kane (2 goals) at 13/2, Romelu Lukaku of Belgium (2 goals) at 9/1. Neymar (1 goal) and his teammate Philippe Coutinho (2 goals) were both at 16/1 and Griezmann (1 goal) had joined Messi at 50/1.

This article originally appeared in LineUps. As sports betting has become a major part of our culture, questions have been raised about deeper details of wagering on ...