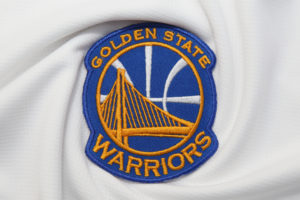 Last week, we had the Warriors’ probability of winning an NBA title at about 33%. After thousands of game simulations, we now put those odds at 47%. Here’s a breakdown of each team’s chances:

A look at each series:

Toronto Raptors (1) – Cleveland Cavaliers (4)
The most probable outcome here is Toronto beating Cleveland in six or seven games. The Raptors probability of victory is 66.4% with Cleveland at 33.6%.

Houston Rockets (1) – Utah Jazz (5)
Top-seeded Houston are the heavy favorites over Utah with their probability of winning sitting at 80.3% with the Jazz at just 19.7%. The series should go six games. 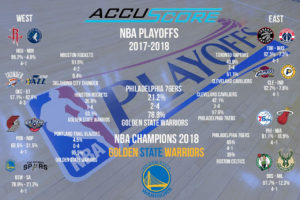 Listed at 3/1 to be relegated this season, Sunderland’s chances of remaining in the English Premier League greatly enhanced by signing striker Jermain Defoe.