Did the Lukaku/Rooney experiment work? 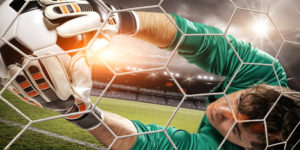 Both Everton and Manchester United took a bit of a gamble last summer when Romelu Lukaku ended up at Old Trafford and Wayne Rooney found himself at Goodison Park. United’s move was quite a bit riskier though since they forked over 75 million pounds for the 24-year-old Belgian international striker.

Meanwhile, Everton signed the 32-year-old Rooney for free. There are some noticeable similarities and differences between the two players, which are evident with a quick glance.

The first major difference is their age, with Lukaku being eight years younger than his English counterpart. Rooney’s no spring chicken, but can still be an effective player in the right circumstances. Both players are second-to-none when it comes to scoring for their country as Lukaku is already Belgium’s all-time leader with 31 goals in 65 games and Rooney, who has now retired from international duty, tops England’s scoring chart with 53 goals in 119 outings. Rooney’s also Man United’s top goal getter at 253 in 559 matches.

Both players made their pro debuts at the age of 16 and utilize power and speed to get things done. They’re even similar when it comes to this season’s scoring stats. Rooney had seven league goals and an assist in 13 matches with another goal in the Europa League. This includes a hat trick against West Ham United on November 29, giving him five goals in his last 10 league outings. On the other hand, Lukaku started the season on fire with seven goals in his first seven league games, but has just one in his last eight.

This isn’t to say Lukaku’s not doing what he’s paid for. He’s chipped in with four assists, scored four goals in the Champions League and added another in the UEFA Super Cup. But let’s be honest, some fans are questioning if United really needed Lukaku — since they already had Zlatan Ibrahimovic as well as Rooney. Ibrahimovic may be 36 years old, but he still led the club in scoring last season with 28 goals in 46 games. He suffered a serious knee injury at the end the campaign though and is just now getting back into top shape.

With United still hanging in and challenging Manchester City for the Premier League lead as well as advancing in the Champions League and League Cup, it’s safe to say they don’t regret buying Lukaku.

Everton is also pleased with Rooney’s output and leadership after a rocky start. They have three wins, a draw and a loss in their last five games, but have gone crashing out of the League Cup and Europa League. Their brutal start to the season cost former manager Ronald Koeman his job, but new boss Sam Allardyce inherits a 10th-place club and will now focus solely on climbing the league table between now and May with Rooney’s help.

Valencia vs Monaco Soccer Betting Preview: bet365 lists Valencia as the current favorites in this game at 4/5 while Monaco is 7/2 and a ...