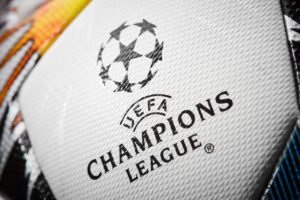 The English Premier League is back in action this weekend following the international break and although the title race is all but over there’s lots to play for at both ends of the table.

Premier League bottom feeders will hope to fight off relegation to the second-tier Championship League at the end of the season, while the top squads will battle for a European Champions League berth. There’s literally millions of dollars at stake here for all teams involved, considering relegation costs clubs a huge chunk of revenue and a Champions League spot results in a multi-million dollar windfall.

Manchester United, Liverpool, Tottenham Hotspur, Chelsea and Arsenal all have a shot at a top-four finish (heading into the weekend, all sides had eight games to play and Liverpool had seven).

Man United sits in second place with 65 points followed by Liverpool (63), Tottenham (61), Chelsea (56) and Arsenal (48). Therefore, Tottenham owns the final Champions League spot. Meanwhile, Arsenal needs to make up 13 points to catch them and Chelsea needs to close a five-point gap. With 24 points left on the table, we can count Arsenal’s chances as being slim, while fellow Londoners Chelsea still have a slight shot.

We can analyze the team’s chances by taking a look at their remaining schedule.

Manchester United still has to meet Man City and Arsenal, while their other six remaining games are against bottom-half teams.

Chelsea has to face off against Tottenham, Burnley and Liverpool with five games against bottom-half teams. Finally, Arsenal will be meeting Man United, Leicester and Burnley with five games against bottom-half clubs. Let’s not forget that Arsenal is still competing in the Europa League quarterfinals and must decide if they should concentrate on that competition or on climbing the Premier League ladder. However, if they win the Europa League (like Man United did last season), they’ll automatically qualify for the Champions League.

Things can get a little complicated at this time of the year when trying to figure out who’s in and who’s out of the Champions League qualification spots, but the top four English teams will make it as well as the winners of this year’s Champions League and Europa League.

BETTING ODDS
That’s a lot of information to digest, but anyway, let’s look at the bet365 odds of finishing in the top four of the Premier League as of March 28:*

**The odds were correct at the time of publishing.