Can anybody catch Manchester City? 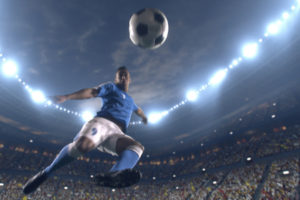 Winning 20 games in a row in all competitions will do wonders for your confidence. Given all that momentum and swagger, it will be extremely hard for anybody to catch Manchester City in the English Premier League title race.

But can it be done?

City’s club-record winning streak came to an end on Dec. 6 though when Shakhtar Donetsk beat them 2-1 in a European Champions League clash. City’s still in the driver’s seat heading into the Manchester Derby at Old Trafford on Dec. 10, but their confidence won’t be quite as high. The derby is a huge contest for both clubs since City leads second-place United by eight points. A win either way will see that gap close to five points or expand to 11 — a potentially insurmountable lead, given City’s form during the first half of 2017.

What makes City such a dominant force this season? They’re just so good at both ends of the pitch. Not only are they running rampant when it comes to scoring at 3.07 goals per game after 15 rounds of Premier League action, but they also own the league’s second-best defensive record at 10 goals against for an average of just 0.67. To make the squad tougher to defend against, City’s scoring has been spread out so far with five different players scoring at least five goals in the first 15 league matches.

Of course, leading the Premier League by eight points in December doesn’t guarantee the title next May, but it sure doesn’t hurt. City has set a new Premier League record of 43 points in their first 15 outings and tied the mark of 13 straight victories. Teams have collapsed before, however, and they’ll collapse again, but will City be one of them? Well, there are several factors which could lead to a derailment before the season’s over.

City’s last nine wins have been by a combined score of  just 19-8 and they were beaten 2-1 in their last contest, meaning they could be running out of steam. Being involved in the Champions League won’t help their chances of winning the Premier League, but manager Pep Guardiola may actually have his sight set on Europe first with the domestic league being secondary. If Europe’s the goal then fans should expect to see a squad rotation and players rested for certain games for the remainder of the season, which could affect their Premier League hopes.

While it’s hard to argue with their results so far, City doesn’t have a lot of defensive and goaltending depth and could be affected by injuries. It’s unlikely they’ll make a big splash in the upcoming January transfer window, but their closest rivals might close the talent gap by signing some meaningful additions.

City, like other teams, will also have to struggle with a congested schedule at Christmas and New Year’s and are still in both the FA Cup and League Cup competitions with eight games on tap between Dec. 10 and Jan. 1. It’s doubtful they’ll suffer a meltdown, but there’s still a long way to go and a lot of work to be done before they win anything this season.

England will be hoping to end a 55-year-drought at a major soccer tournament when they take on Italy in the European Championship Final at home ...