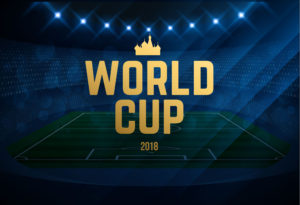 The last time Germany met Brazil in the World Cup it was humiliating for the Brazilians. The Germans crushed the home nation 7-1 in the 2014 semifinals. It’s been a long four years, but according to the latest 2018 World Cup odds at bet365 (as of May 30), Brazil has a chance to avenge the embarrassing defeat.

Brazil is favored to capture their sixth Jules Rimet trophy at 4/1 with Germany right behind them at 9/2. In addition, the teams are both favored to reach the final at 9/4 followed by France at 11/4 and Spain 10/3.

Bet on the World Cup at bet365

There are several other strong nations that can’t be ruled out as Spain sits at 6/1 followed by France 13/2, Argentina 9/1, Belgium 11/1 and a young English squad at 16/1. Still, the odds of Brazil and Germany meeting in the final seem the most likely outcome at bet365 at 12/1.

Both countries are also favored to win their groups along with four other former World Cup holders. Here are the group odds:

If individual performances appeal to you, the Golden Ball market is the place to go with Lionel Messi of Argentina and Brazil’s Neymar as Player of the Tournament co-favorites at 8/1, followed by French striker Antoine Griezmann 12/1 and Portuguese legend Cristiano Ronaldo at 16/1.

According to FIFA, European Soccer Clubs across the world spent 2.7 billion pounds ($4.1 billion) on international transfer fees in 2014.