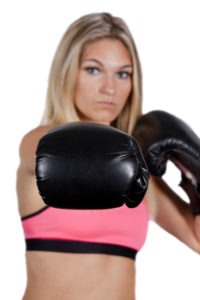 Boxing fans are getting their wish: More and more world champions are unifying their titles against each other. Fight fans are in for a treat March 31 as the heavyweight division will move one step closer to seeing an undisputed champion.

The Principality Stadium in Cardiff, Wales will be the site of this weekend’s clash between IBF, IBO and WBA (super) Heavyweight Champion Anthony Joshua of Watford, England vs. WBO titleholder Joshua Parker of South Auckland, New Zealand.

This is a highly anticipated showdown since both men are undefeated champions with dynamite-laced fists.

The 28-year-old Joshua made a name for himself in his homeland by winning gold in the super heavyweight division at the 2012 Olympics just down the road in London. Joshua has demolished all 20 opponents for a 100 per cent knockout record and plans on adding Parker’s name to his list of victims.

However, it’s not going to be easy since the 26-year-old Parker climbs into the ring with a perfect mark of 24-0 along with 18 KOs. The winner is expected to start negotiating with WBC Champion Deontay Wilder of the USA to unify all the heavyweight belts later this year.

To add to the drama, there will be about 80,000 fans packed into the stadium to set a new all-time attendance record for an indoor boxing event. The old mark was set last October when just over 75,000 showed up at the same venue to see Joshua stop Carlos Takam in the 10th round.

Joshua won his first world title in April of 2016 when he stopped Charles Martin in the second round for the IBF Crown and then added the rest of his belts by knocking out Wladimir Klitschko in the 11th round of a classic contest a year later. This will be the fifth defense of his IBF Belt and the second of his IBO and WBA titles. Joshua has also won the British, Commonwealth and WBC International Titles since turning pro in 2013.

Parker won the vacant WBO Championship in December of 2016 with a majority decision over Andy Ruiz and has successfully defended it twice. He also enjoyed a fine amateur career and fought at the 2010 Commonwealth Games.

Since turning pro in 2012, Parker has won several regional titles in the Oceania and Asian regions. His last world title defense came in September when he edged Hughie Fury by majority decision in Manchester, England, so he’s used to fighting on British soil. But he’ll be the underdog — and not just because he’s going to be facing 80,000 hostile fans.

Joshua has knocked everybody out so far, but he’s struggled lately by going 11 and 10 rounds in his last two fights against Klitschko and Takam. On the other hand, Parker has gone the distance in six of his outings and owns a knockout ratio of 75 per cent. This includes going the distance in four of his last six contests as well as the last three in a row.

The two champions have met just one common opponent and that was Takam. Joshua beat him in the 10th round, while Parker earned a 12-round unanimous decision against him in May, 2016.

Looking at the tale of the tape:

— Joshua measures 6-feet-6-inches tall with an 82-inch reach
— Parker stands 6-foot-4 with a 76-inch wingspan.
— Joshua’s has fought just 65 rounds as a pro with his average fight lasting 3.25 rounds.
— Parker has 123 rounds under his belt with each contest lasting 5.1 rounds on average.

**The odds were correct at the time of publishing.

The only thing keeping 19th-place Queens Park Rangers out of the Premier League basement is Leicester City, who sit one position below them in last ...